Charlie flips his phone open and scrolls down to an image of Sophie and Sui Lin. He hands it to Trini who then shows it to Tiki Koon. He glances at the image then Charlie…then starts speaking rapidly in Vietnamese and shaking his head. Charlie glances at Trini. This guy knows something…he’s not talking about it…hes talking about everything else. Trini pushes him more. He speaks very rapidly and is sweating profusely. He eyes are bulging at… Charlie then….Trini…

“He is frightened of you Commander. He thinks you are from the government…”

Charlie moves around the desk to him and leans in close.

“….Listen I know you can speak English…so I want you to understand something, okay? I know that you are lying and what I am about to tell you is true…I will cut off your ears and feed them to the sharks in the Bay if you don’t come clean…did you understand that?”

“He is afraid of you Commander….”

Charlie pushes him back in his chair and as he does so….the desk drawer slides open….exposing a lighter with an inlaid diamond Cobra…Charlies eyes grow wide. He reaches in and grabs the lighter and holds it up for Trini to see…

Charlie places his knee on Tikis chest, and pulls his Desert Eagle and places it in Tiki’s ear. Tiki begins screeching in Vietnamese….Trini isn’t sure whether or not Charlie will blow a hole in this fat fraud. Charlie places his hand in front of his face in a defensive mode so as to block any blow back from the shot that is about to take out Tiki’s ear and beyond. Tiki starts crying and begging. Trini…speaking more virulently now as well to Tiki…perhaps warning him of his impending doom. Charlie takes the safety off the 45…Tiki begins speaking rapidly and holding up his hands…Trini pleads with Charlie.

“He wants to give us some information Commander.”

Charlie pulls the Desert Eagle away from his ear and pulls Tiki forward.

“Tell him Trini…he has one minute to come clean…where did he get Sui Lin’s lighter?”

“Tell him to speak in English.”

“…..Two men came in…they always come in here…they are from Kepulauan Riau Island in Indonesia…they are pirates…they come here to abduct wealthy American and European women tourists…for the slave trade…to Arabs and wealthy businessmen in Singapore and other parts of Asia. They came into the shop and wanted to trade items for money for fuel for their boat. He gave them a few hundred dollars for a few items….a cell phone and a lighter….were among the things…”

“Let me see the cell phone…”

Tiki pulls it out of a lower drawer in his desk and hands it to Charlie. It is Sophies. Charlie flips it open to pictures…there is a video of the last entry….the one that she had sent to Charlie during the abduction. He plays it with Trini looking on….it is in the fish market….and two goons are stalking Sophie and Sui Lin….then it goes to still shots…three taken during the struggle…one of them shows the face of one of the assailants…Charlie puts the image in front of Tiki Koon….

“I don’t know….they stay at a village on the Island of Dao Bing Hung….on the west end of the mouth of Cam Ranh Bay….they left to go back to the island…”

“….I think it is called Natuna….there is a small airport on the island…near the village…that is where they dock their pirate vessel…I don’t know anymore…..”

Trini signals they should go out in the bay and look…

Charlie waves the 45 at Tiki tapping the barrel on his stubby nose.

Tiki nods. Charlie holsters the Desert Eagle and follows Trini out the door. He turns and glances back at Tiki. The guy is frightened out of his wits…there is a foul odor in the room….he may have had a bowel movement in the process of his cross examination….Charlie moves off into the night with Trini…. 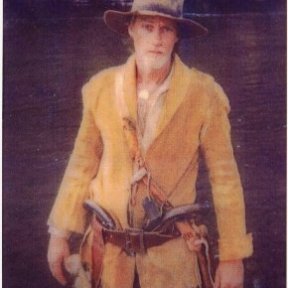 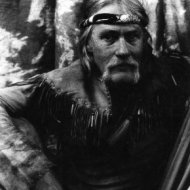 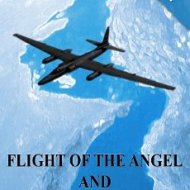 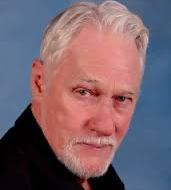